I've been busy with my language arts and creative writing classes.  The kids have had a great time with our units in creative writing: fan fiction, movie scripts, humor and comedy, NaNoWriMo, and more.  We are starting our last unit, children's books.

My writing buddy,Brandon, and I wrote a short in record time. We already have a director interested.  He had changes he wanted to see, and I took it as a personal challenge to give him something even more amazing than the first script. (We really think the first script still has incredible merit and potential; it's going on its own to other realms: contests.)  I like being in the seat of a script writer. I understand how directors and producers have visions and constraints, so it's real teamwork to bring my ideas in line with what they want and what they can do.

My second children's book is currently titled Rainbow Tracks.   My new illustrator is making revisions and final touches to the illustrations, and I hope it will be out the end of May or in June. Yay!

I have a wonderful love in my life.  His name is Locksley. I adopted him as a rescue in February. 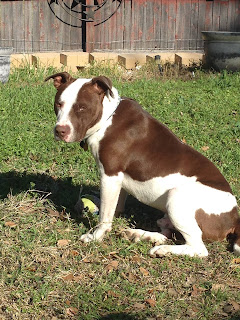 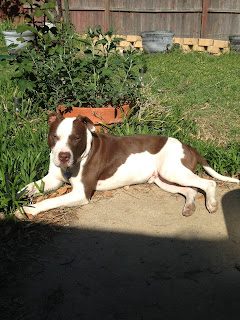 My mom has decided that I should be writing books about Locksley now. I've got a few ideas brewing, so we'll have to see. Life with Locksley is a BLAST!!!